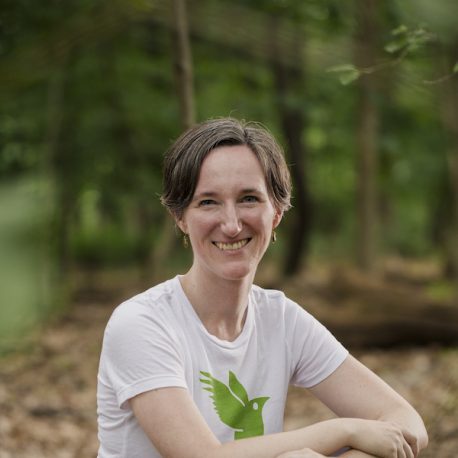 Dr. Seltzer works for iNaturalist, a social network that generates biodiversity occurrence data all over the world. iNaturalist is a joint initiative of the California Academy of Sciences and the National Geographic Society.  Seltzer manages the international iNaturalist Network, which localizes the experience in 8 countries (and counting) through collaborations with local institutions. She has a PhD from the University of Illinois at Chicago where she studied seed dispersal ecology. The most-viewed output of her dissertation is an interpretive dance of seed dispersal by giant pouched rats for the 2012 “Dance Your PhD” competition. She first encountered iNaturalist as a path to get images into the Encyclopedia of Life for a project to increase the coverage of Tanzanian forest trees. In 2014, she began collaborating with iNaturalist while working at National Geographic on citizen science programs such as bioblitzes.

Prior to joining the iNaturalist team, Seltzer was a Science & Technology Policy Fellow with the American Association for the Advancement of Science at the U.S. National Science Foundation, where she worked on open data policy with the Belmont Forum’s e-Infrastrures & Data Management Initiative. She is based in Washington, DC, where she is active in local initiatives to increase awareness and participation in citizen science in the region. She co-founded two informal local groups (one aimed at introducing scientists to citizen science opportunities and one aimed at connecting citizen science organizers), and is a co-organizer of the area’s participation in the annual City Nature Challenge.