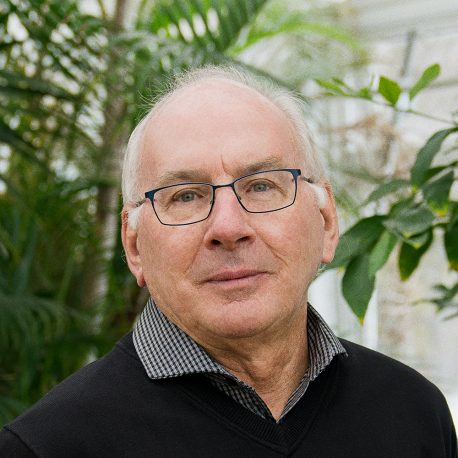 Hebert is an evolutionary biologist at the University of Guelph where he holds a Canada Research Chair in Molecular Biodiversity and is Director of its Centre for Biodiversity Genomics.

After obtaining his PhD from Cambridge University, he held postdoctoral fellowships at the University of Sydney and the Natural History Museum (London) before taking up a faculty position at the University of Windsor. He subsequently served as Director of its Great Lakes Institute, as Chair of the Huntsman Marine Science Centre in St. Andrews, as Chair of Zoology at Guelph and as Director of the Biodiversity Institute of Ontario.

His research employs DNA-based approaches to advance understanding of biodiversity. Hebert has served as Scientific Director of the International Barcode of Life Consortium since its establishment in 2010. This 30+ nation alliance completed its first major research program, BARCODE 500K, in 2015 and just launched its second, BIOSCAN.

Hebert is an Officer in the Order of Canada, a Fellow of the Royal Society of Canada, and holds three honorary degrees, He has received several national and international awards including the 2018 Heineken Prize for the Environment. His nearly 500 publications have attracted 70,000 citations.

Personal Profile of Paul Hebert at the University of Guelph.